Our expression refer to the notion that we have a younger generation that doesn’t know what’s going on. It’s used as an allusion to how younger people define media, namely “to know what’s going on”, or in Swedish, “att ha koll”. This phenomenon is getting increasingly attention and the phrase is gradually being adapted by journalists and bloggers. Recently by Yle News. 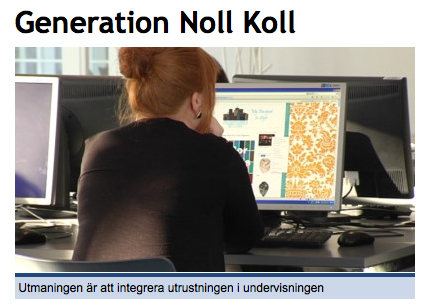